I thought January went past really fast, but February like didn’t even exist …

Company investing portfolio has been running on full throttle for the whole winter and you can see it in the numbers.

February was kind of disappointing month due to the fact that the passive income made suht a fall. Earned a total of 205,82€ in February with my private and company’s accounts.
There was a HUGE loss from sold loans at Omaraha, total of 32,28€. This was one of the main reason, why such a hard fall in passive income. 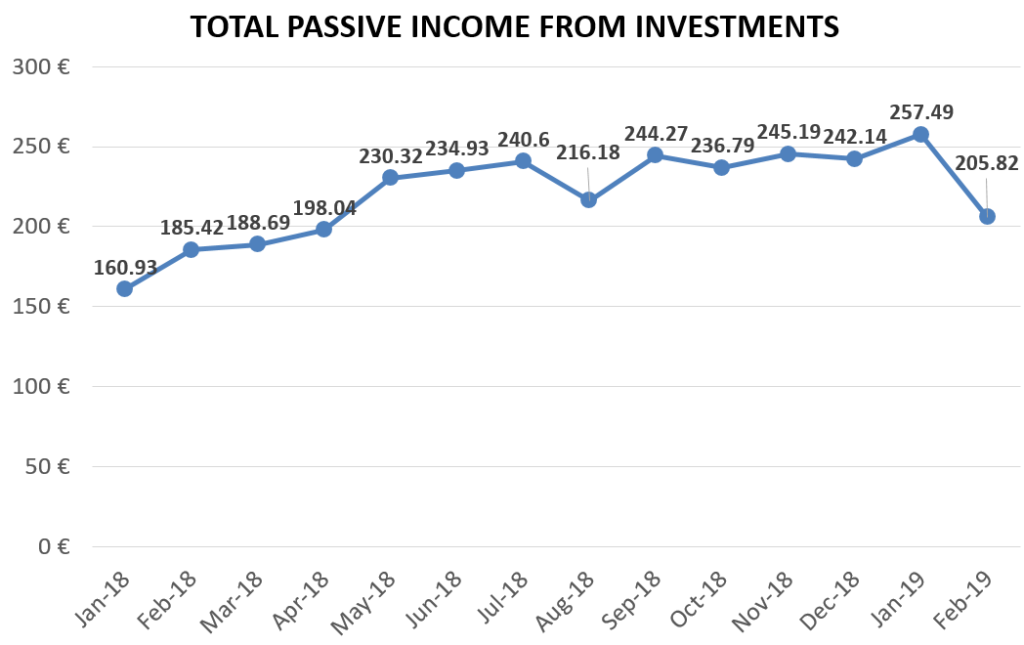 I have a total of 5000 euros invested in Mintos and the platform generated me a total of 54,10€ of interests.
The changed made in January are working fine and the 12% MOGO loans are going out pretty well. 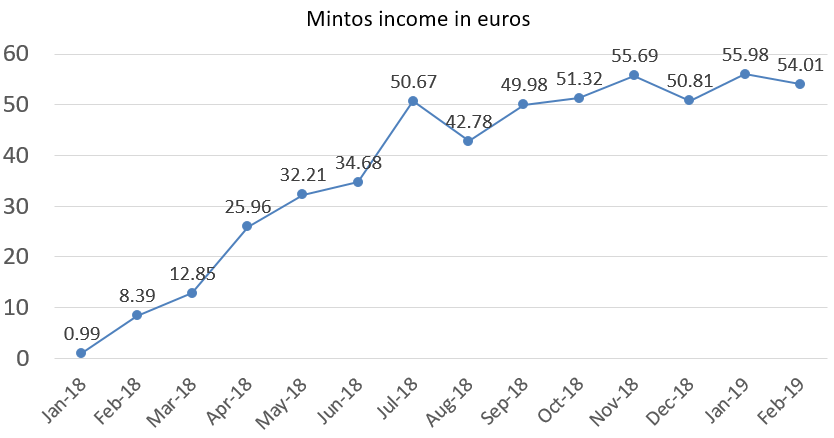 Estateguru has ups and downs all the times, because it often has bullet-loans and when a project is finished there will be a spike in the graphics. Just like it is from last year’s September to this year’s February. This is all part of a plan and nothing to worry about. 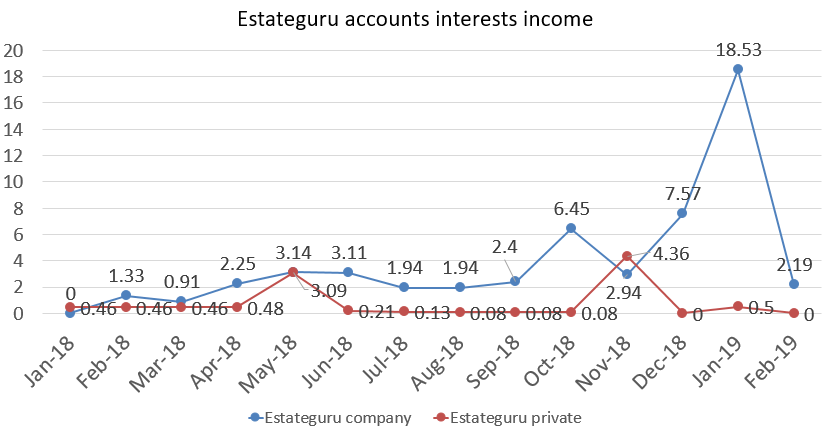 Slowly but surely getting those interests in from Crowdestate as well. All of my 500€ have been invested and are working hard! 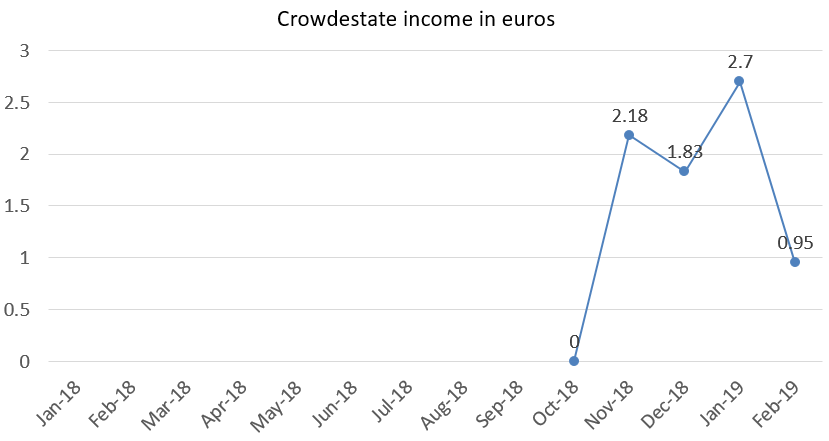 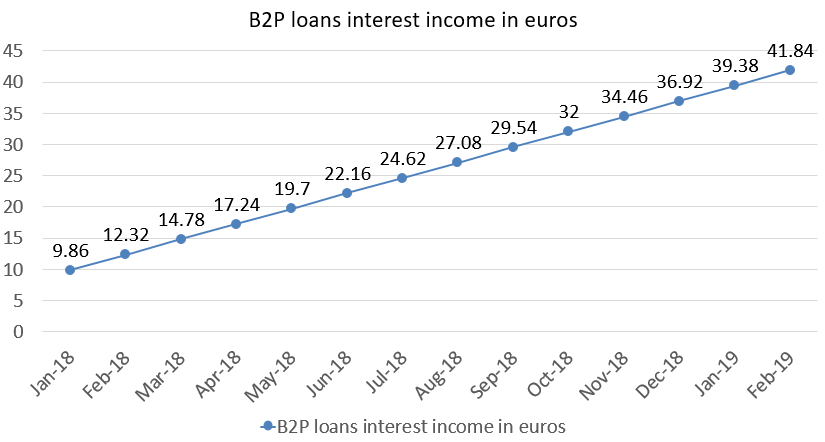 The apartment is for sale right now and we are expecting more than a 10K+ profit from the sale! 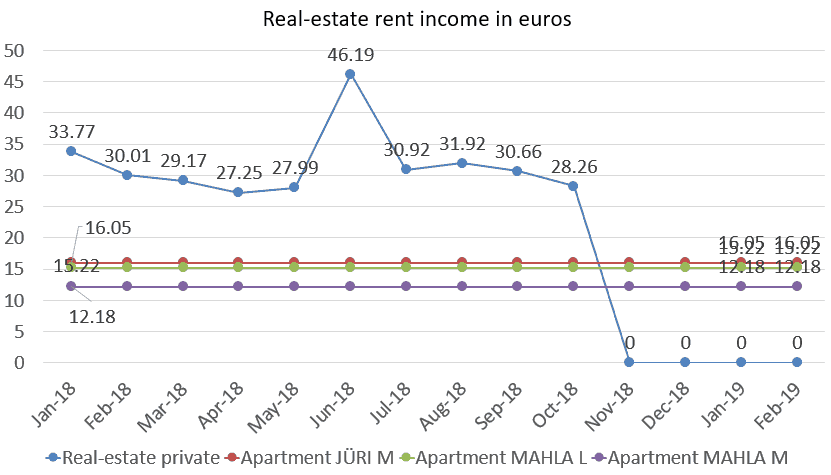 I will keep posting about Bondora for some few months MAX, then I will stop, due to the lack of investments in that P2P platform. 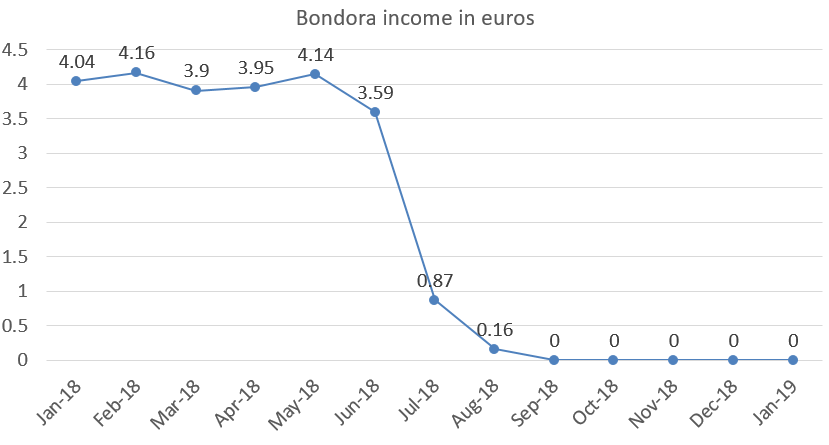 That kind of loss from sold loans is never good, but it just happens in Omaraha. I’ve had worse months, so I’m trying to keep positive. The new and higher interest rates are hopefully making up the loss.

In February I withdrawed a total of 672,94€ of available cash out of Twino and I will keep on exiting from that platform. Just too fishy for me. In Estonia other bloggers and investors have already spoken about the problems and how they might end up exploding in our faces, so I will better just exit from this sinking ship and hopefully with a profit! The numbers are average for now, average 10-11% of interest per year.

In October, I made a small investment of 340€ at Funderbeam into the company called UpSteam. At February the shares worth skyrocketed to 680€.
I think it’s a startup company to be reckoned with, atleast the team behind it is brilliant and hopefully won’t let it decay.
Read more at https://www.funderbeam.com/syndicate/upsteam 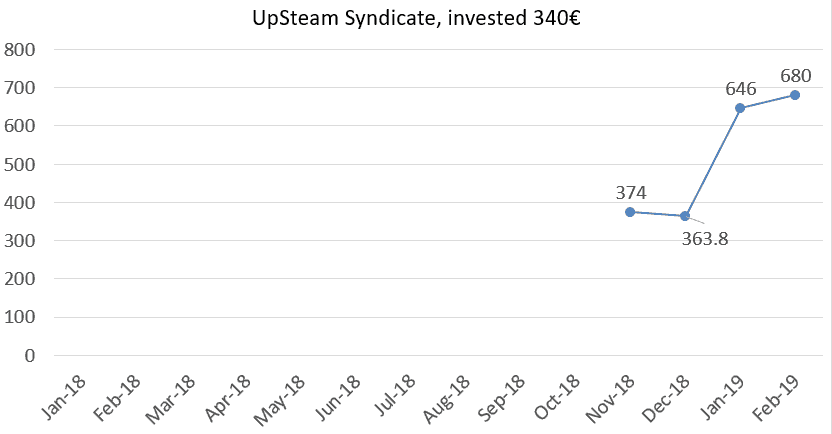 In September 2018 I made a small investment of 500€ at Funderbeam into the company called Tanker Brewery. At February my shares were worth 450€.
I hope that the new brewery will up the numbers a lot.
Read more at https://www.funderbeam.com/syndicate/tanker-brewery

32,28€ of loss at the site Omaraha. I jinxed it … In January I said that “I hope this trend continues” and there you go …

In February 2019, the blog generated a hefty 91,95€ of income on its own.
Slowly and steady wins the race, right? My blog’s main reason is to log my own investments and share/receive information with all of my readers. Let’s keep this symbiosis going and grow it even further!

In February, I had a total of 935 visitors at the blog, which is also a new record! 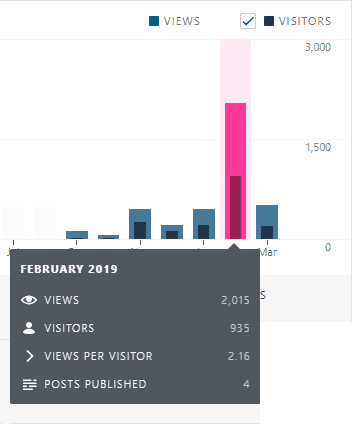 In Google ads I had a total of 19 244 impressions and 807 clicks = 4,19% CTR. Which is close to twice as good as the previous month. So my small changed made a pretty big impact.

In February 2019, I had a total of 69 keywords shown at Google.
Total of 13 clicks and 707 impressions, which is a terrible 1,84% CTR, but oh well, atleast my keywords keep on getting ranked!
Average position of keywords keeps on dropping (which is a good thing) and now are at 30. The main goal is to have loads of important keywords at the front page (top 10) or even top 3.
If I keep the SEO clean and Google keeps on ranking my keywords, it will definitely help a lot to get traffic to my blog.

This concludes the Portfolio update of February!

How did your month go? Leave a comment and share your thoughts about the blog with me and other blog readers.