Hello and welcome, here is my portfolio update for May 2019.

As I mentioned in the April’s monthly update, I was serving in the military from 29th April to 12th May. So nothing really special happaned in the beginning of May, but something did stand out. La Muu. So let’s start off with that.

In the beginning of May La Muu launched their campaign in Funderbeam to raise €200-400k. And if I remember correctly, investors marked over 721 000 euros in less than 10 hours.
Obviously the funding goal was reached and the campaign was 2352% funded …
Check out the La Muu Syndicate here – https://www.funderbeam.com/syndicate/lamuu

What is La Muu?

Estonia’s first organic ice cream company, La Muu, has opened a cafe in the Telliskivi Creative City. While you can buy La Muu products in shops across Estonia, their café will carry around 20 handcrafted ice cream flavours, along with two to three new flavours each month, which cannot be found in stores. From the start, La Muu has committed to use only 100% organic produce, thus opting for dairy products which come from cows that graze in open fields and are raised with organic feed, i.e. feed made without using artificial fertilizers or chemical pesticides. La Muu’s goal is to meet the consumer demand created by two growing food sector trends – certain consumer’s preference for organic food and a preference for ethically produced food.

How the capital will be used as follows? 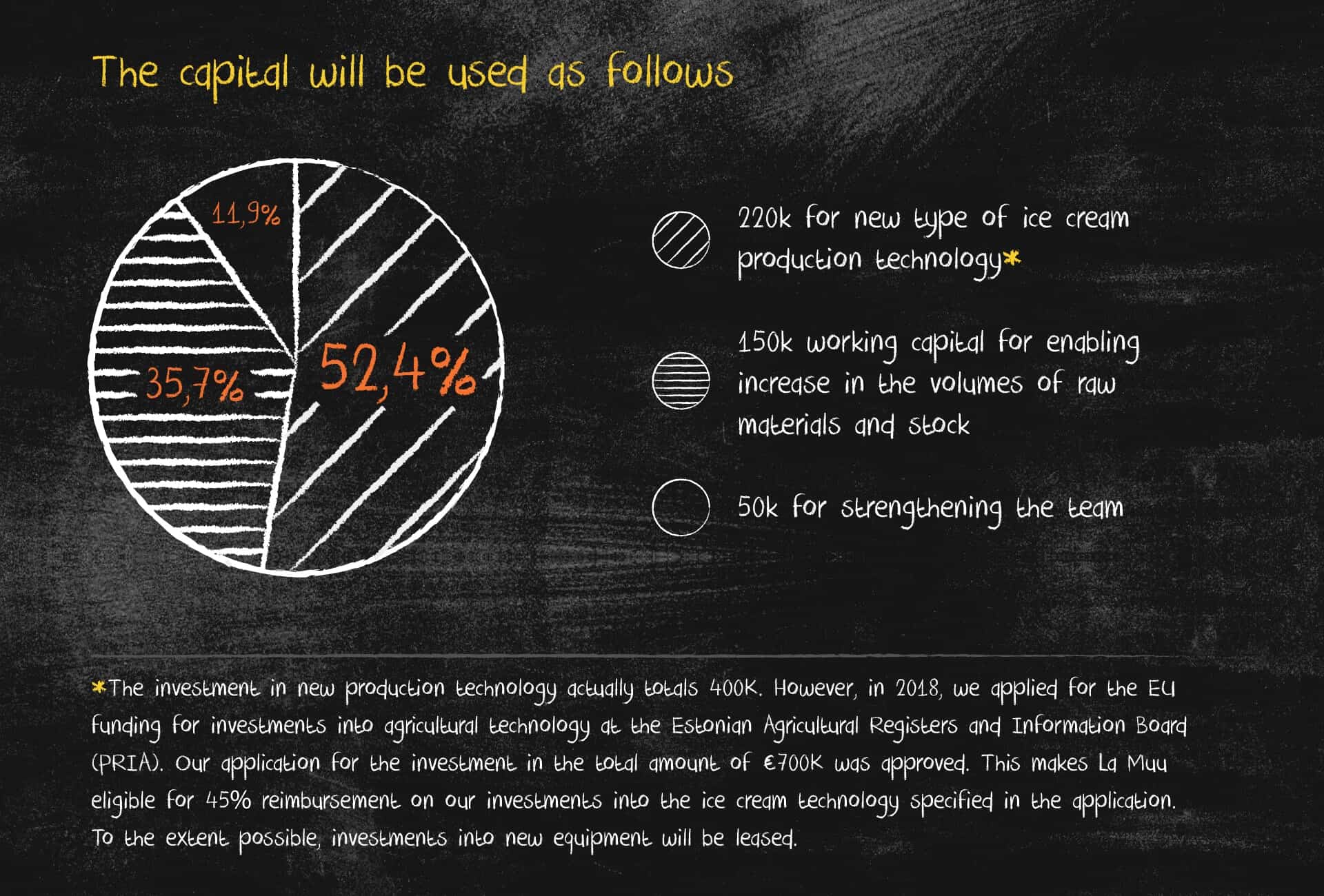 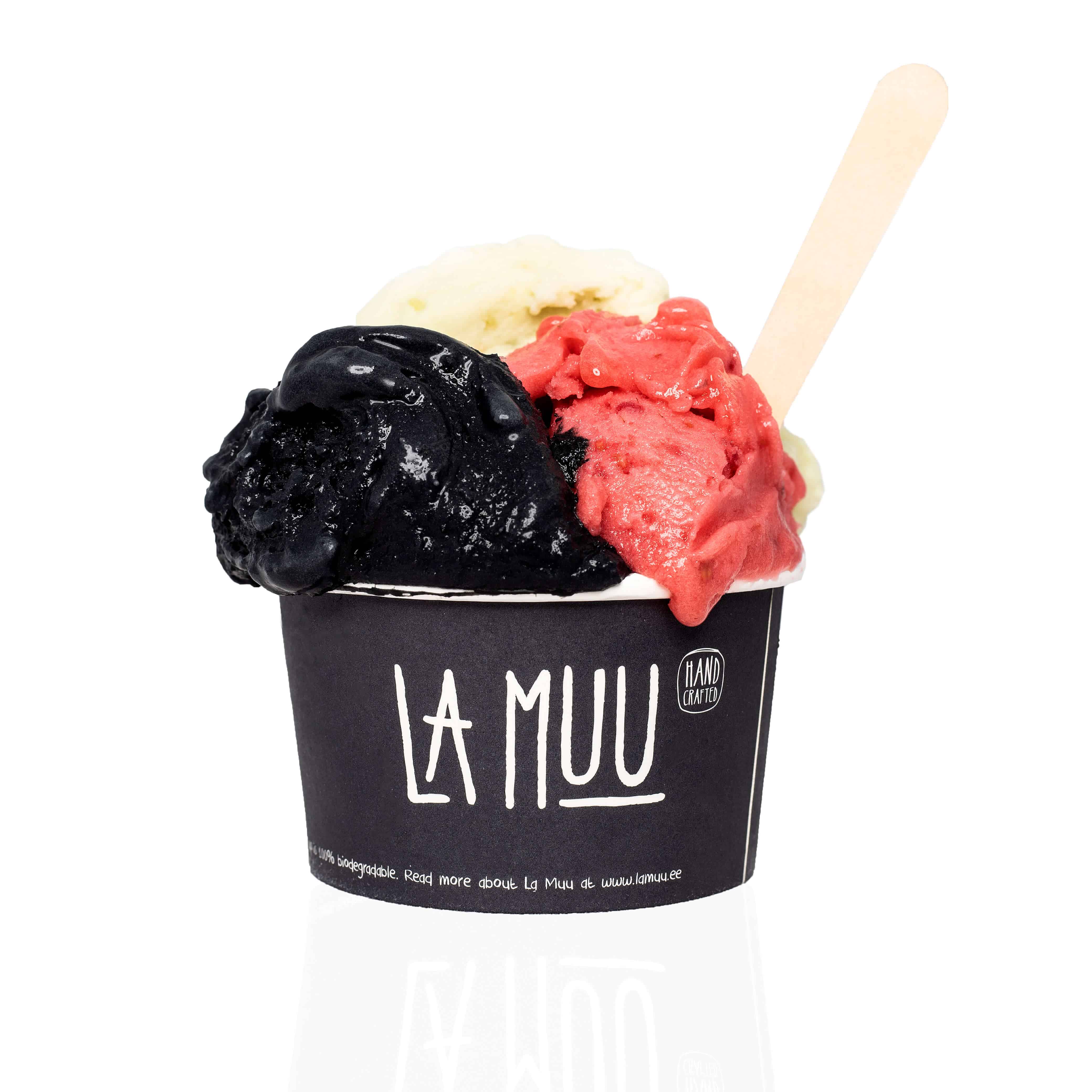 In May the temperatures usually go up a lot. So what a superb time for an organic ice cream brand to collect money, right?

I wanted to invest 1000€, but due to the reason the interest was so high, they only offered 1000€ investors 433,29€. I will display this investment in the June update.

Company investing portfolio has been running on full throttle for the time and you can see it in the numbers.

My feedback to the returns

In May I invested 433,29 in La Muu Syndicate and another 370€ to a B2P loan. The numbers are going a bit down due the reason I am slowly pulling out from Twino with my companies accounts. Also a huge loss from Omaraha loans, but still a decent profit.

My total passive income from investments from January 2018 to May 2019:

I have a total of 5000 euros invested in Mintos and the platform generated me a total of 55,55€ of interests. Once again pretty darn close to the old record, but still far far away.

Click here to sign up to Mintos and get an exclusive 1% bonus for any investment you make during the first 90 days.

In May I received a total of 6,82€ of interest from Envestio. Envestio only had 7 projects in May to invest in, the number of projects should/could be higher. I’ve heard that the projects get fully funded in less than hours. A bit concerning for me. What do you think?

Sign up to Envestio through my referral link, you will get a 5€ bonus when you deposit at least 100€. In addition, you will also get a 0,5% cash back on all your investments the first 270 days. That’s 9 full months!

Nothing spectacular happened in Estateguru. Like I’ve explained before, Estateguru has ups and downs all the times, because it often has bullet-loans and when a project is finished there will be a spike in the graphics. Just like it is from last year’s September to this year’s March. This is all part of a plan and nothing to worry about.

Click here to sign up to Estateguru and get an exclusive 0.5% bonus for any investment you make during the first 90 days.

Apartment #1 Income 16,05€. So far no problems with the apartment nor the rent payments. Overall a superb tenant!

The apartment #2 is for sale now. Only a few potential buyers contaced us, mainly due to the reason the price is incredibly high. But oh well, if you won’t ask, they will not definitely give it to you. We will be lowering the price steadily until it is sold.

In June 2018, I decided to exit from Bondora. It was the first platform I started investing in with just 10.1€ being the first deposit. Crazy right? It has served me well, even though I made lots of rookie mistakes, I am exiting with positive vibes. Farewell Bondora!

I will keep posting about Bondora for some months, then I will stop, due to the lack of investments in that P2P platform.

By the end of May, I have a little over 325€ of investments left on my Twino accounts. As I’ve mentioned before, I will exit with my companies accounts, but will still be investing with my private account. So you should be expecting the Twino income to drop down close to 1€ a month.

In October, I made a small investment of 340€ at Funderbeam into the company called UpSteam. My shares are worth 649,4€.

In March they announced that the next market they will expand to will be Finland. The expansion will start in the summer. The UpSteam app is also in large part complete but some bug testing, fixes, integrations etc need to be done yet. Will be revealed on 20th May the latest, hopefully sooner.

In September 2018, I made a small investment of 500€ at Funderbeam into the company called Tanker Brewery. At March my shares were worth 500€. I hope that the new brewery will up the numbers a lot. Read more at https://www.funderbeam.com/syndicate/tanker-brewery

In March 2019, I invested 500€ into Bikeep through Funderbeam.
Read more about Bikeep – https://www.funderbeam.com/syndicate/bikeep/

45,62€ of loss at the site Omaraha. A new record of total loss in euros from Omaraha.

I decided to put the blog income and affiliate comissions into the same graph, hence the numbers are a bit bigger now.
In May, the blog and affiliate comissions generated a decent 127,02€ of income on its own.
My blog’s main reason is to log my own investments and share/receive information with all of my readers. Let’s keep this symbiosis going and grow it even further!

In May, I had a total of 1102 visitors at the blog, which is the new record! Woop woop!

A question to the IT-guys.

Why does my Google Analytic page show me % of total? Which one is the correct number for me to use/display?

Anyways, the average position of keywords keeps on dropping (which is a good thing) and now is at 20 (was 25).

The main goal is to have loads of important keywords at the front page (top 10) or even top 3. If I keep the SEO clean and Google keeps on ranking my keywords, it will definitely help a lot to get traffic to the blog.

This is it, the end of May update!

How did your month go? Leave a comment and share your thoughts about the blog with me and other blog readers.

Makse sure to use my promotion codes and EARN EXTRA INTERESTS! In the long run, every little bit counts!

One thought on “Portfolio update May 2019”